After getting to know that Validator Node License sale starts on May 25th while reading through the Town Hall summary, I have now started out powering down my SPS for the second time. The first time was to get Waka Spiritblade which shaved off 5000 SPS (which I still consider a good investment). I think I will be able to find the required VOUCHERs as well. I'm open for OTC trades at a good rate. If I missed any memos, let me know in the comments and I will check them. My price target for SPS is $5. Reaching $1 is definitely possible. What I'm currently trying to do is to make a bet saying Validator Node Licenses would outperform SPS performance as well as the additional income that would be generated from SPS.

I would prefer to see Validator Node License being released under more favorable market conditions. There is even a chance of some Node License not being gone out in a matter of seconds. I would still rather not take any chances with this.

I do not pla to claim my Airdrop + Staking Rewards. These will help to provide liquidity if SPS remain under 10 cents in price. If nothing else works, I have some DEC around to make some sales as well as 1 Million STARBITS worth about 300 HIVE.

I have improved my Ranked Ratio. On top of this I have reached Diamond I and after a long while it felt Champion III is within reach although I didn't manage to go that far. Maybe I have improved my craft or maybe we have seen a decline in the challenge posed in the game.

The best part is that all three of the Gold Foil Cards are Rare Cards (worth as much as Legendary Cards in terms of DEC received per burn. I have topped up my Chaos Legion Collection through some Booster Packs received from the Rewards. Things might get even better when the new system of Rewards come into play next Season.

DEC prices are not looking like they will reach their ATH anytime soon. I am considering using them to make a few purchases to improve my deck. On the other hand, I can wait few more months and purchase 100 Booster Packs + Bonuses.

The way VOURCHERs are dropped has changed. I prefer the current method of claiming them along with the SPS Staking Rewards. The numbers presented here are lower than usual because I didn't claim the SPS. 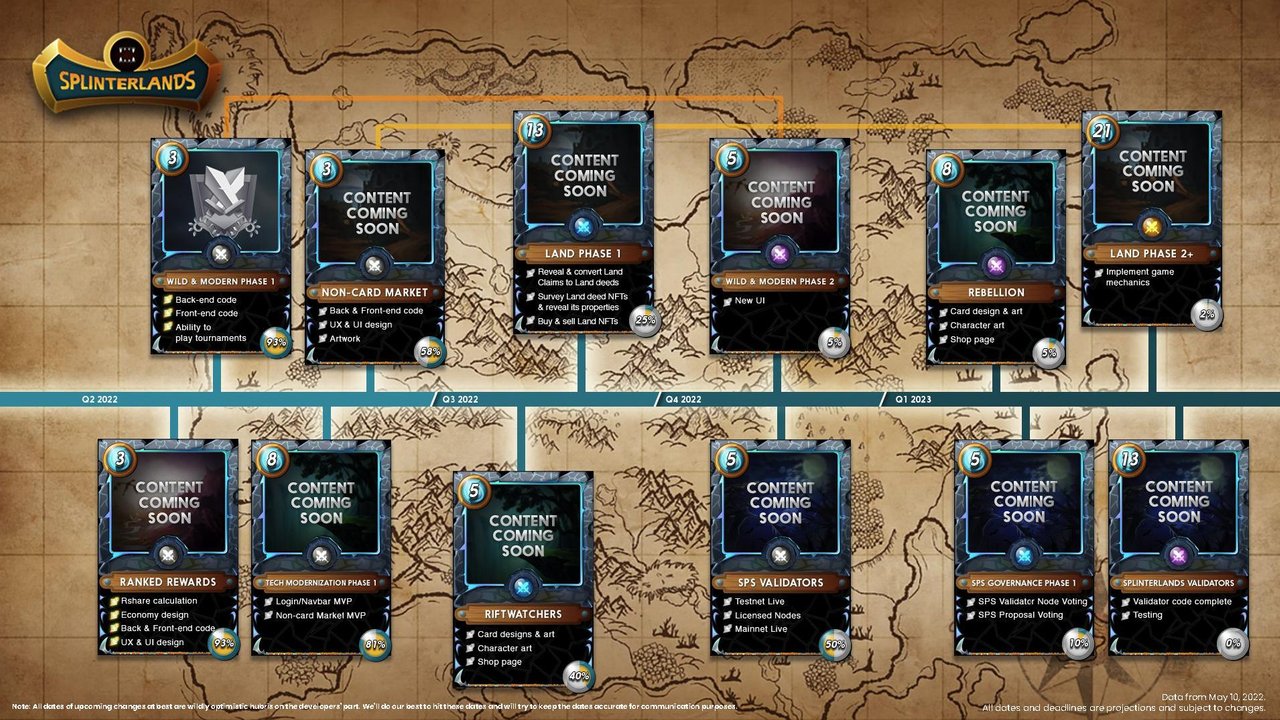 @splinterlands is currently the biggest part of my portfolio. This has changed a few times over the years. I think @splinterlands is the one that held the title for the longest time. The next wave of users might come when Land Expansion is released. It is already 25% completed and is probably going to come out in September. I can say that I will be looking forward to that :-)

I wished they have put fixed SPS amount but let see how the price evolve on last day.

Their goal was likely to make SPS prices go up. Tranche 7 alone is worth $400 Million USD. Unfortunately we are facing some seriously bad time in markets. I still think it could pay off well if I invest now. Best of Luck to your investment 😆
!PIZZA
!LUV