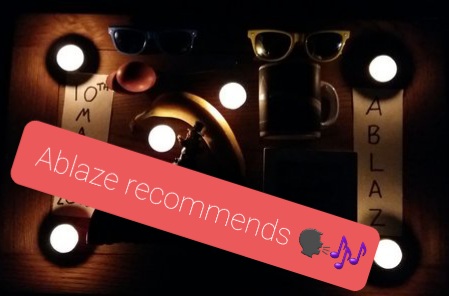 I can't remember exactly when I happened upon the music of Nick Drake, but I remember being struck that I had never heard of him before then. When I then bought his two albums at my local record shop, (yes, a record shop remember those!!) I distinctly remember having to have a double take when I saw the published date on his three albums 1969, 1970 and 1972. This guy had been knocking around putting albums out since the late 60s, many many moons before I was born, yet somehow I had never heard of him. Why was that?

Well, it was quite tragic actually. Nick never made it during those earlier days. It would be much later when he would get the recognition and critical acclaim which he was worthy of. Drake suffered from depression on and off throughout his 26 years, particularly during the latter part of his life. This is often apparent in some of his songs. He lived a life of solitude after emptying the creative well for his third and final album Pink Moon. It was also his best work in my opinion. He lived out his final months at his parents house and died of an antidepressant overdose in November 1974.

So sad to see a beautiful soul quenced so early on in life, but at least he left a musical legacy behind which will live on for as long as human ears can pick up the vibrational changes in the passing air.

Ok, so now you have some context, let's share some of Nick's songs. I'm hoping a few of you have never heard of Nick, and will enjoy discovering him.

For those unfamiliar with TTT or Three Tune Tuesday....

The jist is as follows

Every Tuesday I'm going to share 3 songs which I like to listen to and I invite your feedback in the comments below. Or why not have a blast of your own Three Tune Tuesday and mention me in the post and I'll come and find the post and hopefully upvote it. It'll be a sweet way for us all to discover new music.

Nick Drake - Place to be

A great introduction to the gorgeous voice and chilled out guitar style of Nick Drake. If I recall correctly, this was the first of his songs that I heard in a friends car. Straight away, I was asking them: "Who is that?" and before the week was out, I owned the album Pink Moon.

This one is of the second album Bryter Layter, an album of 10 songs and just 39 minutes 17 seconds running time.

It's a song that's kind of timeless, you could imagine someone releasing it today, just as easily as its actual birth date of circa 1970. Here are the lyrics:

We'll close out with this one from his debut album Five Leaves Left. Peace out wherever you are Nick. Thanks for the music my friend - I'm sure you're still jamming upstairs.

That's it for another week. Those are your three songs for week twenty two. Let me know what you think - good, bad or indifferent? Did you like them all or just one or two?

Also, as I said before, I love getting good steers for new tunes, so please tell me about the latest and greatest or obscure oldie brilliance below and I'll be sure to check em out.

Thanks as always for stopping by.