Three Kinds Of People And Where Do you Belong?

adedayoolumide in OCD • 2 months ago 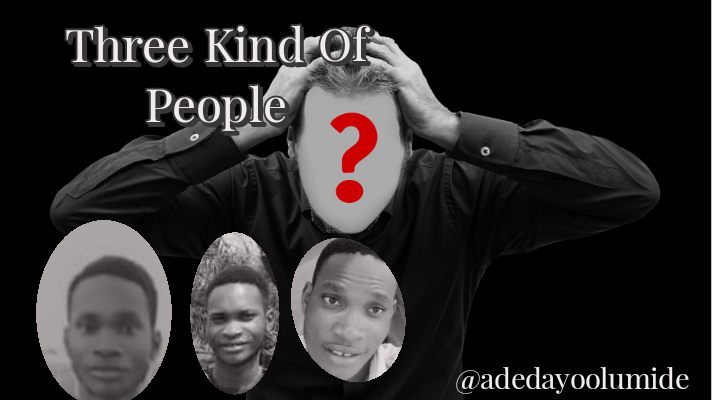 Hi everyone, it great to have my first post on this community @ocd, I'm always welcomed in this community since I joined the chatting group on Discord. My experience there makes me developed interest in posting my inner thought on life, people and goodness of human being, including there characters.

Today I found that people fall into three categories:
👉who sees things happen
👉those who ask, "What happened? And 👉those who do things. 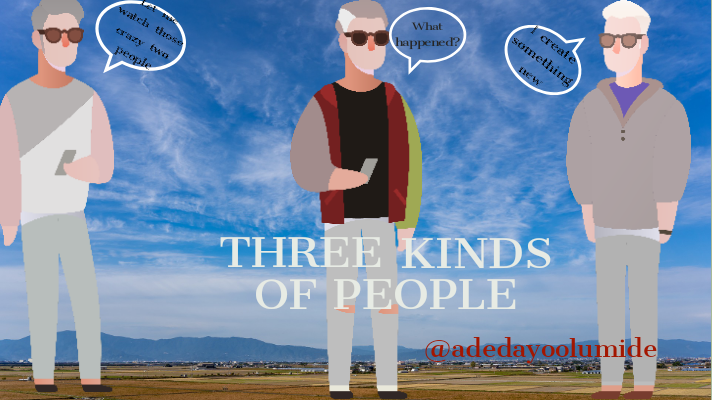 If you've ever had the impression that other people seem to be successful and you're stuck with them, they're okay, growing and turning, it's usually because you don't know you're doing it, and you shape them and send them daily. . and develop your destiny. You cannot see what you are saying with your mouth, it will change your path; what you say is whatever you do and every thought you think of changes the direction of your destiny.

People cling to God, cling to their friends, cling to the government, and hold their parents, former and wealthy relatives responsible for what happens in their lives if they are the cause of their stagnation under government. Someone once said that if you have to punch the person responsible for your problem, you won't be able to sit for weeks. Because? The person you beat will be yourself. The last people to be blamed for where they are in themselves, but the truth is, unless you start sharing the blame from there, your life will never end. And not just to blame, to take action to correct the sadness that is happening.

Thanks for visiting my blog..

Submit
0.00 BPC
5 votes
Reply 1
Sort:
[-]
poshtoken  2 months ago
The rewards earned on this comment will go directly to the person sharing the post on Twitter as long as they are registered with @poshtoken. Sign up at https://hiveposh.com.
100%
-100%