niallon11 in LeoFinance • 8 days ago

What is the real value of HBD? 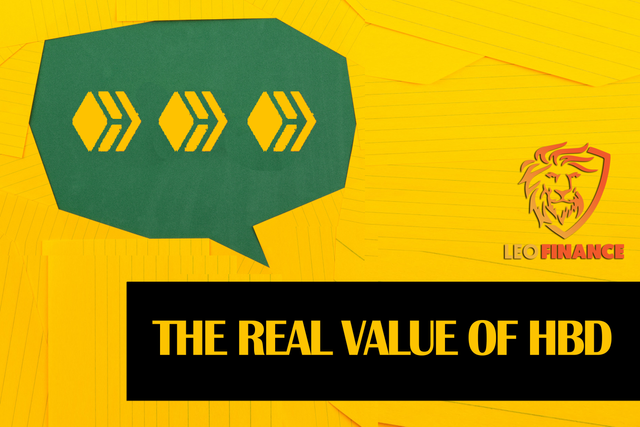 That depends on your perspective on life. You could simplify it and say that $10 of HBD is the same as $10 USD. If you want to buy a product with it then they both spend the same don't they?

That's true but not accurate.

USD is a currency controlled by the government. That is strictly controlled and your use restricted. There was a time that banks would even stop you buying crypto with your own money. The sad par tis that money that you work hard to earn, that is losing value every year, that is designed to keep your life moving forward is held to ransom.

It doesn't matter that you own it, you need to spend it in a way which is deemed acceptable to the powers that be. My bank would not even let me withdraw 10,000 USD today if i went in to retrieve my own hard earned cash. It would be held, limited and questions asked about my intentions for it. That is not a true form of money in my mind. It's a form of control.

HBD spend the same way but it has freedom of choice attached. If i own enough Hive Backed Dollars then I can do with them as i see fit. Spend, transfer, burn them if it feels right. There are no gatekeepers and no strings attached. It is very simple. You own it so you can use it. As it should be.

If i want to put them in to savings then i just deposit the dollars and if i want them back i just take them out. Freedom of choice. That is where the value lies.

That and the 20% APR on the savings account but if you want to look at that in more detail just check out this post by @dbooster, HBD at 20% and behold the power of 20% APR compounding over time. Let's pretend you start with $0 and deposit 100 HBD into your savings on a monthly basis. In just 20 years that will turn into 311,000, but if you just put 100 HBD into your account without interest over 20 years, you would only have 24,000 at the end of 20 years. Compound interest is one of the most effective financial strategies to become financially independent.

That beats out any bank that I know of.

So that's the why of HBD's value.

Lets look at the what.

what would it buy in real life. Just for a bit of fun.

Unfortunately I live in a very expensive country so this wouldn't get me too far in real life. This is only equal to about half an hours work in my main job so the options are very limited.

I could leave work half an hour early on Friday and use this to cover my time or else buy myself a few snack for lunch and stay until the end of the day but feel a little bit happier about it with a full stomach.

Not great options so I'll have to think about the next level up.

Now this is more like it. A full days wages or close enough. This i can have some fun with.

I bought a new car last week and coincidentally it takes about $100 to fill the tank. This gives me 1000 kms of range to use if i fill it up to the top.

We have one of the longest coastal roads in the world spanning the west coast of Ireland called the wild Atlantic way. 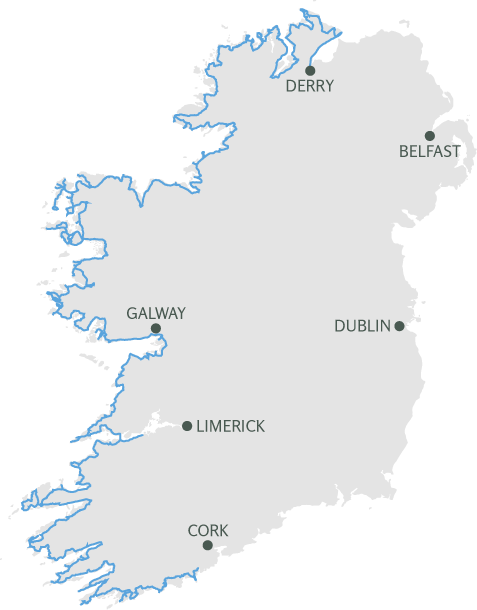 The Wild Atlantic Way, is one of the longest defined coastal routes in the world. It winds its way all along the Irish west coast from the Inishowen Peninsula in the north down to the picturesque town of Kinsale, County Cork, in the south. This route from start to finish unfolds the wonders of nature, the power of the ocean and its imprint on the west coast of Ireland, and the stunning countryside in all its diversity. Enchanting villages are nestled along the coast as well as ancient monuments.

I might not make it all of they way from top to bottom but driving my way along this route and seeing all of the natural wonders of my countryside does sound like a good way to spend 100HBD. If the price of diesel ever comes back down i might just make it to the end as well.

This is a week long hotel stay in a nice resort. Family of four.

And everything else that goes with a break like this. Since covid and starting our family we haven't had that much time or even money to do things like this and it would be a great wat to spend a week before the summer was out. 1000 HBD would just about get us there if we were careful and as long as the whole market doesn't crash like the last time we will try to do one of these in September.

HBD is money but it is so much more than just that.

It's all well and good talking about how to spend it but the most important part of this should be how you earn HBD.

I showed you the interest higher up in the post but all of mine has come from being active and engaged on the Hive blockchain.

$10 HBD adds up very fast when you can earn it for just being part of the community and having fun.

There is definitely no other fiat version where they hand out dollars for that.

Put it to work earning 20% and build a real savings account that has no gatekeeper telling you how it can be used.

That is the path to financial freedom.

Its a shame that most of the people don't know about HBD, it's truly translates to freedom.

Im still using usdt because is the only stablecoin the accept here, but in a near future, i hope everybody use HBD

I hope that we see a lot more adoption in the next few years.

Building liquidity is one way and adding real use case for it is another. Getting as many games, apps and businesses to accept it will lead the way forward.

Put it to work earning 20% and build a real savings account that has no gatekeeper telling you how it can be used. — this is really an awesome feature or characteristic of the a decentralized platform such as Hive . Putting one’s Hbd to work by just putting it into savings definitely rules out the authoritative tendencies of the traditional banking system which put so much restraints on the choices of how one wants to put his or her money to use or work .

It's the future of crypto and online activities.

Cutting out those middle men who want to have a say and a cut of your money with no justification.

Yeah right ! We want to be our own Central Bank . Is that too much to ask for ?!

It's expensive in the US as well because $10 would be like an hour's worth of work. Of course, you lose some of that due to the taxes though. I saw a few posts about how much $10 could buy in one of the cheaper countries and it was quite amazing to see.

Even when you go on holidays to eastern europe from this country it's shocking how far your money goes.

The difference is crazy form country to country.

So true, I mean you can't spend when you don't earn so one has to find ways to earn better before spending well.

10 HBD can get a lot more than it can for you, I guess I could things are little cheaper here... I've always thought things are way too expensive here though.

I like your response to the question, I'll be giving my reply too... It's an interesting question 😊

10 HBD can get a lot more than it can for you, I guess I could things are little cheaper here... I've always thought things are way too expensive here though.

I think that we are on the very top scale of expensive countries.

Especially across Europe. But looking forward to seeing how t spends in your country and comparing.

Yeah, I'll be making an entry for it too

HBD is indeed so much more…
Thanks for showing your value of HBD where you live.
It’s great to compare a bit.
Have a great evening! 😎

It's very fun when you get to earn it with your time on hive.

You just have to keep putting out quality content and staying active daily.

That's the best part of the whole situation.

We get to earn it just by turning up every day and having fun or learning things.

It's a miracle coin.

HBD is money but it is so much more than just that.

I agree with this and this value insist me to save HBD. Your calculation or research is right that no bank pays such amount of profit. Thanks for your wise research share about HBD.

What io have learned from your post you care about how life is running.

Compound HBD is so positive. 20% interest and you have the option to add more to it. It simply the best savings planner !

Compound HBD is so positive. 20% interest and you have the option to add more to it. It simply the best savings planner

Just keep this in mind and keep adding to it every week.

If the hive price drops low enough then i will start to buy with my HBD but we'll see how it goes.

I can relate. It's expensive here. HBD is definitely a way to build financial freedom.

It's really gotten attractive this year with the 20% APR and compound interest.

Hopefully we see a lot more use case going forward and it could really take off.

Thank god we have HBD and not UST!

That would be a tough call to take but i have zero as it always sounded a bit sketchy.

Submit
0.00 BPC
Reply
[-]
poshtoken  8 days ago
The rewards earned on this comment will go directly to the person sharing the post on Twitter as long as they are registered with @poshtoken. Sign up at https://hiveposh.com.
100%
-100%

Congrats on your new ride! 😎🤙

There are a few things we control in this equation, and a few we don't.

What we don't control: