What is it we are trying to do here? 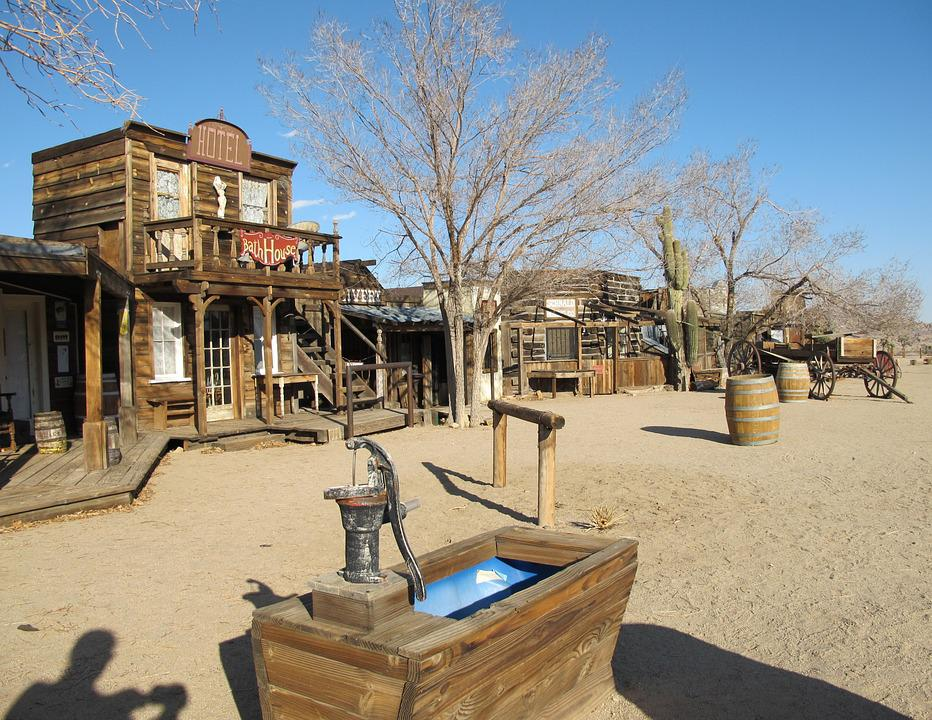 I was listening to my favorite podcast yesterday, "The tommy and Hector" podcast. They are both Irish comedians, performers ect and have a show with another friend Loretta which came out of the pandemic.

This week the ended up talking about the TV show "Deadwood.". I haven't actually seen it but I absolutely loved how they talked about it.

Tommy started talking about watching it and what the show was about.

Set in the gold-mining boomtown of Deadwood, South Dakota, in the 1870s, creator David Milch depicted frontier America more realistically than any other filmmaker had ever really attempted. Deadwood's 19th century West is frightening and violent, full of complicated individuals trying to make their fortune before civilized society catches up with them.
Ref: Looper

The series is set in the 1870s in Deadwood, South Dakota, before and after the area's annexation by the Dakota Territory, and charts Deadwood's growth from camp to town.
Ref: Wikipedia

Sound familiar in any way?

Sounds a bit like Hive to me. Even better is how Tommy sees it. I'll skip the bits about the whiskey and whoring for this post.

"A fella wanted to write something about the way that civilizations are formed. You start off with just a collection of individuals who are in a place because they can make money out of it or it benefits them in some way. It's about how, from that a civilization starts or society starts. He said lets try it with a town that has no laws because the confederacy hasn't reached there just yet and over the course of a few series watch how a society is formed.

It's based around the gold rush so its a town that formed around the basis of money and gold. Everybody who comes into that town helps to form it. They open the first hardware store, build the first church. The first schools, the first pioneers but they are all bad bastards with gold and money at the center of everything."

Now this sounds exactly like hive to me. The transition form small village to a civilized society. All of the people that came for the riches and all of the behavior that goes with it. We started with a blogging site. Claimed the territory for our own. Lots of people came to get rich but they have been fought off. The people here now have formed a society of sorts. People have built the first games, the first defi, the first communities.

We are following that same transition as the chain develops and grows.

It just caught my attention when i was listening to the podcast and i'll definitely watch the show as well very soon.

We are building our own society and it's still the wild west. It will be interesting to see how that plays out over the next few years but i can see how much more progressive and civilized that we are now as a community compared to those first few bad bastards that were the original pioneers.

People have always said that crypto was the wild west but we are actually living it every day.

They also said that the people who got rich from the original gold rush were the ones selling the shovels. Something to bear in mind.

I didn't really pay attention much to the community as much before I came to Hive but I definitely have seen it grow. So I think it will be like the Wild West but we will have an influence on how it will look like.

Hive is the place to be. It's amazing to see the community grow and develop over time as people come and build out new projects.

It has been the wild west but is calming down a bit more lately as we are on the same page.

When I first got onto steemit I was excited because it occurred to me that this is how economies are formed. I saw a burgeoning middle striving to evolve.

It was something new and exciting with huge potential to grow into more.

I miss some of the early projects that could have been huge if they were around now.
Dlive before they split. A couple of the games that were here at the start. Some of the other projects that never made it but that is part of the development.

All of the failures help with the wins.

Not sure if it’s available streaming in Ireland but, for the pilot episode in particular, I’d strongly recommend tracking it down on DVD/BluRay since the pilot has a superb commentary track well worth watching after having watched the episode without commentary. As much as I love streaming, commentary options there seem to be few and far between.

It's probably not on the streaming services but i have a good tv stick that you can find anything on so it wont be a problem.

I'll have to check for the pilot with commentary but it's not something that we really have over here. I've never seen a show with it. Thanks for the heads up.

Nice parallel.. I never would've related the two seemingly different things. I sure hope to get rich by stacking some HIVE and HBD!! :P

A fella wanted to write something about the way that civilizations are formed. You start off with just a collection of individuals who are in a place because they can make money out of it or it benefits them in some way. It's about how, from that a civilization starts or society starts. He said lets try it with a town that has no laws because the confederacy hasn't reached there just yet and over the course of a few series watch how a society is formed.

Great comparison man, it really does sound like Hive.

Unbelievably even though 54,327 people have told me about it, sorry 54,328 including you I still have not listened to that Pod cast. I went down a rabbit hole listening to every Podcast from Blindboy from the very start, so never got around to Tommy, Hector and Lorita.... I must get around to it soon..