Are influencers and Crypto Gurus are not your friends

ceekz in LeoFinance • 9 days ago 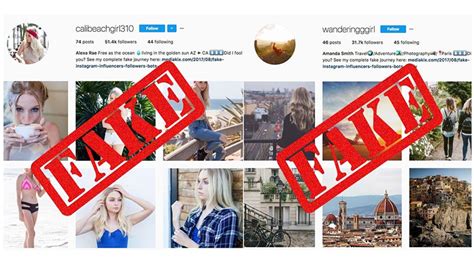 There's a point where everyone wants to get into Crypto. Be it for the tech interest, the constant media posts in which they are exposed to, their friends and family that have already joined in, or their greed not to miss this once in a lifetime opportunity.

Exposure into crypto can come through different ways. So does the need for investing advice on what tokens to buy, when to buy, or sell. Younger generations, mainly teens fall for the investment crypto advice of "Tik Tok" investors. Yes, that's a thing! Others listen to Gaming Twitchers and Youtubers who claim to know how to make money out of crypto and will increase your fortune x times if you buy into the token they are shilling. In a bull market, it is easy to make money as most tokens are pumping.

Then there are the celebrities and crypto Gurus. Social media influencers, the likes of the Kardashians and what nots promoting a specific token. These could be even influencers that we like, musicians, or sports people unfortunately. For your own good, please don't fall into whatever token they are promoting. Most of the time, they are paid to do so! You are the sheep about to get slaughtered if you go that way.

Going back to Kim Kardashian, Some months back, during the crazy alt rally of last Spring, she started promoting in her Instagram stories to her 250 million followers a shitcoin called Ethereum max. Of course she was paid for it, handsomely, and when confronted with that she accepted it.

But her gullible followers, male and female, teenagers and young adults that look up to her and have her as a role model fell for that. They bought into the coin only for it to tank some days later. The head of the UK's Financial Conduct Authority singled out the case of Kardashian. While according to Coindesk estimations the celebrity could have made between $300,000 to $500,000 for that post.

Gurus are all together another species, a different species I might say. Some of them have some very bright analyses and thoughts to offer about tokens, the market, and the development of the crypto sphere. Others are self-centred, or self-aggrandizing egomaniacs, while a third group only cares about the money and are easy to backtrack in what they are saying as long as its profitable for them. There opinions can vary according to their interest.

One such recent example is David Gokhsthein. A crypto influencer and investor, he is a fervent Dogecoin supporter promoting its adoption and use for day to day transactions. When Shiba Inu and the rest of Dogecoin copycats that aimed to imitate its success came into spotlight during the spring rally he derided SHIB as garbage. Now, some months later he has become a supporter. What did change during this time? In terms of coin fundamentals, I don't think anything changed. The only thing that changed is market circumstances. Maybe now he is in a better position to profit more from a price pump of SHIB. Unless he likes holding garbage in his portfolio ;)