bitcoinflood in LeoFinance • 12 days ago 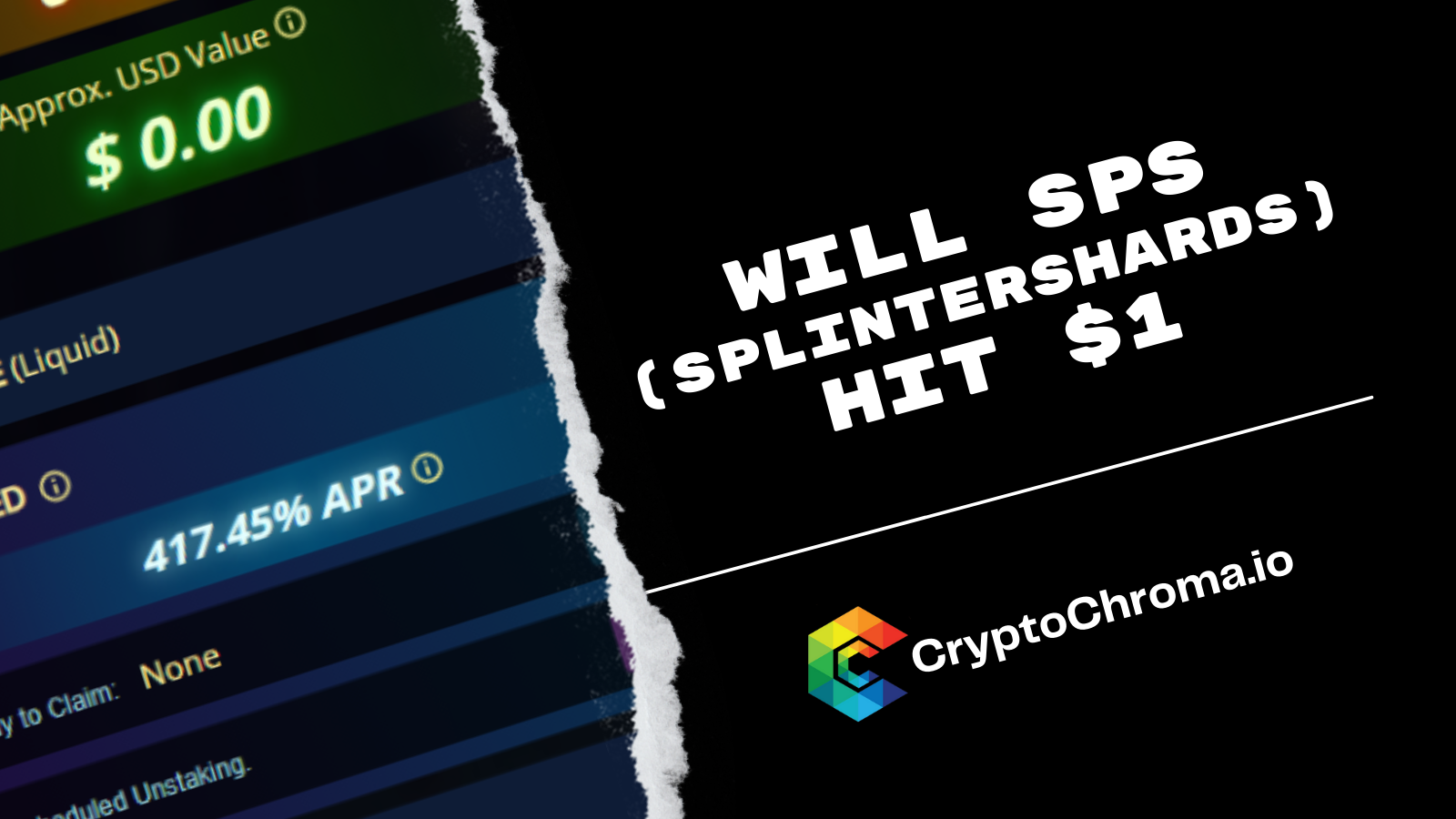 Splinterlands is a crypto play to earn game and has become one of the hottest games ever in the crypto space! There's huge demand for cards at the moment and that's because it's extremely hard to get your hands on them. However that's about the change but the demand is going to stay high and the prices most likely with that.

For those of you who don't know the SPS (Splintershards) token is the governance token of Splinterlands. It has a number of use cases which I went over in a separate article here

The Speculation Of SPS Tokens

In all SPS tokens are the backbone of the game now. There is a limited print number at the moment however your staked SPS tokens will give you vote value in governance of the game which allow you to vote on how things will roll moving forward. But that's not all they also give you a 10% discount when buying packs, provide you with staking earnings of about 70% which is HUGE in the DeFi world.

We now know that Vouchers will be required in order to buy the new chaos packs. Vouchers will ONLY be airdropped to players who have staked SPS at the rate of 33,333 a day during the first 30 days during prelaunch which comes with a number of bit bonuses in itself.

What we also know is for a certain time after this vouchers will still be required for packs rolling forward after prelaunch. This boosts the time factor and value factor of SPS in a HUGE way.

There are a limited number of packs currently rolling around on secondary markets. Alpha, Beta, Untamed and Dice. But we will only touch on the two most recent packs Untamed and Dice. These are currently going for nearly $70 each and mainly because they are in low supply. Taking a conservatives approach we can cut this in half for Chaos packs as there's 2x the amount that will be printed and there's a ton of them that will be available. That puts packs potential value at $35 each. With a cost of $4 on the market or $3.40 buying with SPS. A profit of $31 per pack in this example. You need roughly 3,500 SPS per vouchers per day at the moment. Say a voucher sells for $20 which I feel is still low balling it that gives added value to the SPS token. But not as much as one would think! Only about $0.005 per SPS. I still feel since SPS are in very limited supply at the moment and not being fully given away in ranked battles etc yet we could very well see $1 maybe even $2 per SPS token as they get locked up and demand for these start to skyrocket.

We will most likely see a ramp up here over the last week and when they start dropping and going live on markets people are going to get interested and buy SPS as well. This puts my speculated SPS price at $1 just before the launch of prelaunch Chaos packs and $2 in the first week or two of the voucher drop as demand skyrockets for packs, SPS and vouchers.

What are you thoughts on the price point for SPS tokens?

Yes!! I totally agree!! SPS will continue to rise and who knows how high it could climb? It's exciting times in Splinterlands, for sure! Yippeee! ;) Great post!

Actually nobody know, sps is growing. But a lot of mechannism of the game will created can reduce the price like bonus sps via battle

I have a feeling we will see new highs over this next 3-4 weeks but after we could start seeing a reduction in price as more gets printed and it has less use case. It's going to matter a lot on future use cases and also when and how the rest are dropped such as in ranked battles.

Yes, the next few weeks are going to be VERY interesting!! :)

Wonderful post about SPS! We're excited to see how high SPS will climb! You've been upvoted by rosiew.
Your post has been manually curated by @monster-curator Team!

I can see SPS token easily over $2 as your $1 is a pretty conservative view...

I don't think that Chaos Legion cards will be much better than Untamed or any other previous edition cards, which make them comparable with those packs... So, $4 per pack + VOUCHER value - SPS discount (paying with tokens)... I see SPS and VOUCHERs very valuable in the first 1-2 weeks, or even longer... Agree with your "prediction" about VOUCHER value...

The power of FOMO is truly nuts lol So yeah I could see us hitting $2 at least for a little while. I'm gearing up to make some plays on those spikes it just seems too good to pass up.

Everyone loves a round number!

A while ago in the LMT daily blog there were some comparisons being thrown up between SPS and the Axie token.

I'll have to go back and see what I can find, but $1 SPS was a very conservative target.

I think sps will surpass $1 eventually.