Will A Bitcoin ETF Crash Prices?

bitcoinflood in LeoFinance • 10 days ago 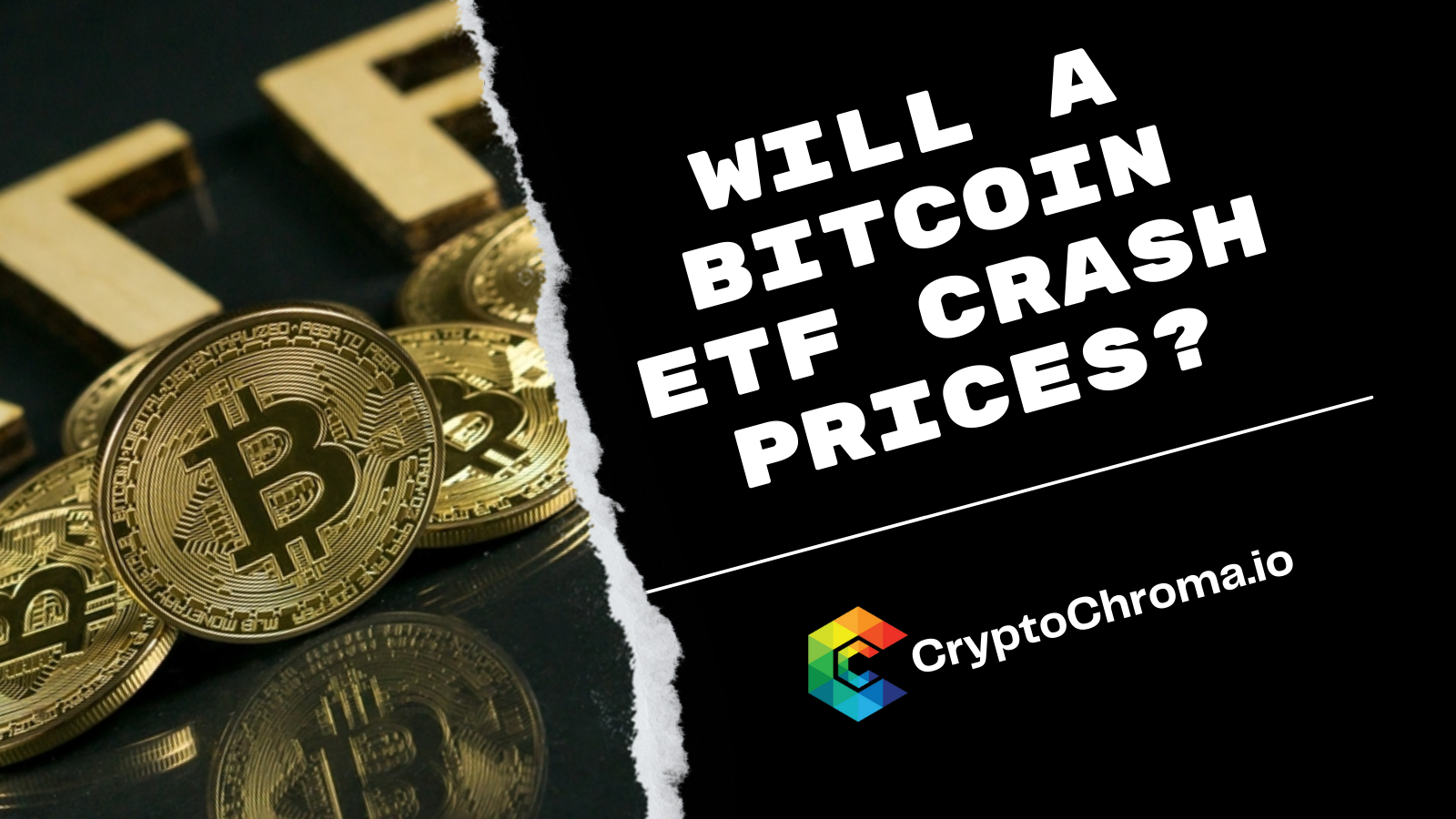 Will A Bitcoin ETF Crash Prices?

In the game of SEC vs ETF we are finally getting some approvals from the SEC! The most recent being Volt Equity's crypto stock ETF. These however are not the ones I wrote about in this article which we are currently waiting for.

The fourth quarter for crypto has always been good to us however this one could possibly be different. While there's a lot of hype around these ETFs getting approved this time around I've been recently getting mixed singles from these people.

The first being the report that they totally abided with everything the SEC chairman gave them and they see no reason why the ETFs wouldn't be approved to a change up today where they say a 75% chance of them being accepted. That's a huge freakin gap if you ask me and change of tone which is starting to make me feel these ETFs won't even be approved. However let's take a look at what could happen if they are approved.

What these ETFs look like are not your traditional physically backed ETFs which the SEC has constantly denied and ultimately tossed to the side as never being approved. Instead what these ETFs do is Futures filed under '40 Act. These are ETFs which would invest in bitcoin-based futures contracts and no crypto itself.

If your confused about future contracts here's a simple definition of it.

A futures contract is a legal agreement to buy or sell something at a predetermined price at a specified time in the future between parties not known to each other.

We have already seen some of this going on in the past which when those futures came due there's always been speculation of crash. However the last round of these has been off set and didn't really impact the markets that greatly.

It's to yet be determined if there's any real demand for these new ETFs as they don't exactly buy directly into bitcoin. There's also risk as liquidation of assets in short selling. We have seen a recent battle of this from places like wallstreetbets and this area could be a target area for them next. (Don't hate the player hate the game)

Bitcoin is increasingly becoming subject to these types of contracts and less and less about the day trading. This could be a result of fees being stupid high for transactions which makes a lot of this obsolete and instead what's happening is it's becoming a store of value in traditional investment sense. The trading and betting is happening off the chain and less by holding on to the asset itself which is pretty wild and a huge transition for Bitcoin itself.

Bitcoin hit over the $50,000 mark a few days ago but what makes it different from last time is the volume. This volume most likely will increase with the first introduction of ETFs further bumping the price and holding it due to the already increased volume. This gives bitcoin at least towards the end of the year to maybe finally hit that $100,000 market. But I feel more realistic figures would put this at $70,000 - $80,000.

One ETF has been approved so far as stated above and we are seeing some increase in price. It will be interesting to see what happens come October 18th just 7 days away and if we rally to new highs or if the markets already got all of this factored in.

What do you think the price of Bitcoin will be on December 31st 11:59pm?

I'm loving how you're doing follow up pieces and linking back to the first related post you did.

Just instead of pasting the URL straight up, try and place it under relevant anchor text instead.

Yep going to be here soon just got to organize all the content and figure out topics I want to write about. Instead of being all over I want to focus down a little more in certain areas that I really love writing about and taking part in which will make video creation, backlinking etc all possible and make much more sense. Looking to scale everything soon while LeoFinance being the main site to point traffic to. 💪

If that is the only hype towards BTC then it might drop a bit in the short term.

What do you think the price of Bitcoin will be on December 31st 11:59pm?

I'd love to see those prices I'm pushing more conservative at the moment of 70k - 80k at least on a steady trend.