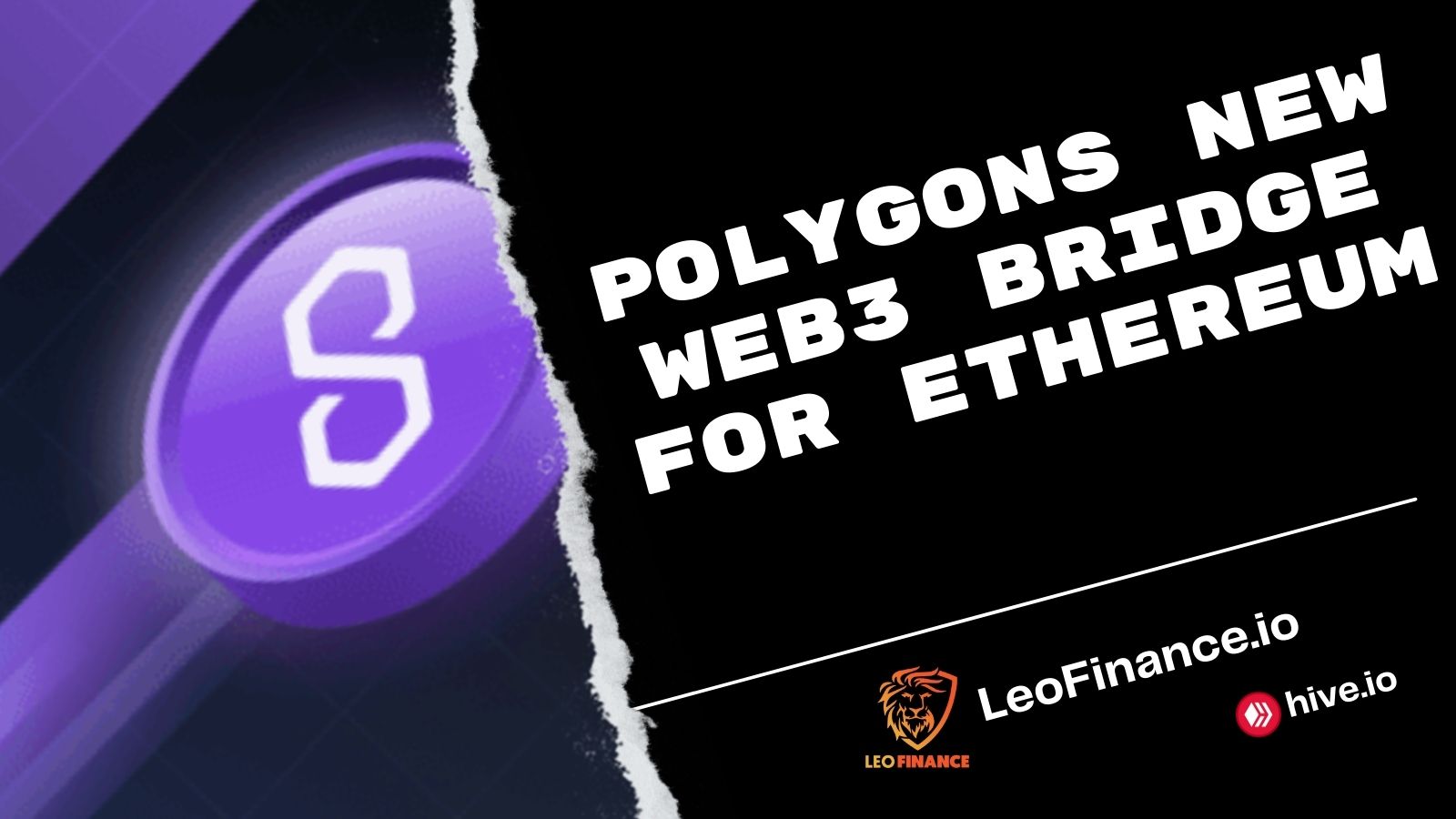 Polygon network continues to evolve and build. They already blew up the crypto world being the first to start putting zk snarks into their blockchain but now they are introducing a new #web3 bridge called Gnosis Bridge which is a way to manage your digital assets.

The issue however with this is of course fees. Ethereum is plagued with high fees and even though they are 10% what they where 9 months ago they are still high compared to many other newer blockchains. The introduction of PoS will also not improve gas fees on the network so that issue will remain even with the merge to Proof of Stake in September.

The full and official article on this from Polygon can be read at Blog.Polygon.Technology

Primarily this bridge is designed to work with Gnosis Bridge which presents a new easy way to transfer "Safe" assets between Polygon network and Ethereum without paying the huge heavy costs that have come with it in the past.

It does this by using "Safe's" multi-sig technology and very well could start opening up Ethereums #DeFi platforms and DAOs.

However to be fair currently Ethereum fees are reasonable if you're doing larger transactions. They only become a issue when doing transfers of $100 or less as the fees start to really kick in to cutting into your profits.

What's good however is the infrastructure is still being put into place today that can be used in the future when the bull markets kick in and fees tend to skyrocket. These advancements will help to fuel the next bull run allowing people easier methods of transfers with less fees which was a major friction point yet again during the 2017 and again with the 2021 rally.

Polygon has already had one heck of of 2022. Compared to a large portion of other blockchains #Polygon has been one that stands out in not only price and demand but also the sheer amount of development that has been happening including integrating into other systems.

Per Polygon they are excited for all of these current updates however said there's far more to come in 2022 with massive plans that focus on Products, Events and Accelerators.

With these initiatives so far Polygon has seen rapid growth in applications being built along with transaction usage staying heavy.

Submit
0.00 BPC
234 votes
Reply 3
Sort:
[-]
poshtoken  2 months ago
The rewards earned on this comment will go directly to the people( @bitcoinflood ) sharing the post on Twitter as long as they are registered with @poshtoken. Sign up at https://hiveposh.com.
100%
-100%

Such an amazing development that will see a stronger use case and switch between the chains.

Polygon has been doing a great job and this is another good development.