emeka4 in Proof of Brain • 2 months ago

It was a hard fought battle as wolves show brilliance to overcome a two goals deficit to come out victorious, after winning the game with a dramatic comeback, winning the game by 3-2 in late hour to secure all three points. 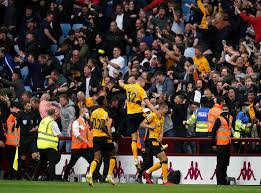 The away side proved all efforts to bounce back in the game despite been two goals down but proved something in the late hour by fighting to secure victory away from home. It will surely be a game to remember for both the fans and the players for overturning the game around with a sensational 3-2 victory over local rivals Aston Villa.

The game which saw the away side scoring three goals in ten minutes which include a last-second strike from Rúben Neves to provide Wolverhampton wanderers their fourth victory in five Premier League games this season.

Aston Villa were looking good, deriving the attitude to build on a string of positive and good results heading into the international break. It was quite an interesting and entertaining game as both side show good team works and style of play to secure victory but both side headed to the dressing room half time with a goalless results in the first half.

Though, before the break Aston villa's John McGinn almost went close to scoring one of the best goals of the season, after missing narrowly when unleashing a shot from 35 yards out to score put his attempt was denied.

However, the away side also showed effort to score before the break when Adama Traoré almost put the visitors infront with a wonderful counter attack display which almost put them in front when he find his way through Aston villa's defence but his remarkable effort was saved by Emiliano Martínez to maintain the score line goalless after halftime . The second half started in a good note as well as the first half with both teams making effort to break the deadlock to open the scoring but it was Aston Villa who did that first as McGinn rolled Romain Saïss on the right, before delivering a fine cross for Danny Ings, who did no mistake by heading the ball at the bottom corner for his first goal in six Premier League games. 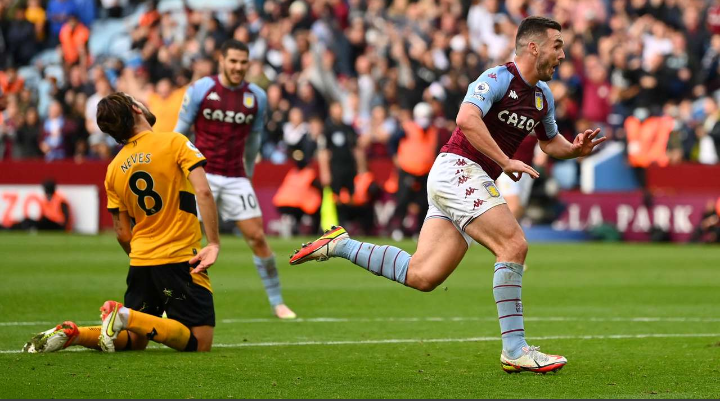 After scoring first in the game, Aston villa doubled their lead with McGinn putting the home side two goals up after firing a long range hit that went through the bottom corner to make it 2-0 in the 68th.

The match however, was looking good for the home side after being two goals up but despite two goals being conceded by Wolves, they never relent in the game as they continue to push hard to score and that eventually happened ten minutes later as they pulled one back from time to provide a nice finish at Villa Park,with a wonderful display from Neves who split the Aston villa's defence with a fantastic pass to Daniel Podence, who made way for Saïss to pull one back to make 2-1. Having pulled one back Wolves continue to mount pressure against their opponent as they finally equalised five minutes later, when AdamaTraore’s ball find Leander Dendoncker who squared up for Conor Coady who did no mistake to tap it in to make it 2-2 and also bounce back to the game. 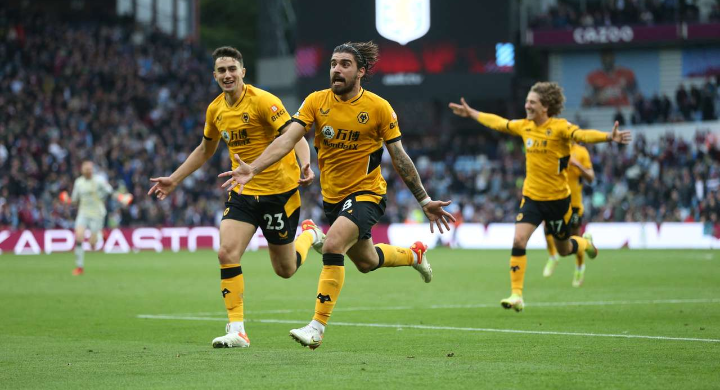 Wolverhampton wanderers were still relentless as they continue to push hard for the winner as Villa's defence were looking shaky and unable to bear as more pressure are been mounted on them. Wolves finally came from the dead with a dramatic comeback after Neves finally put the visitors in front in stoppage time. A late free-kick in the central area just outside the box deflected past a helpless Emiliano Martinez who had to chance to save the ball, securing victory for Wolves in sensational comeback to win the game by 3-2.