The strong passion and love for football around the world

Football is a sport with lot of supporters and fans around the world with the excitement and passion each supporters have for a particular team is awesome and strong with the zeal they have to cheer and support. 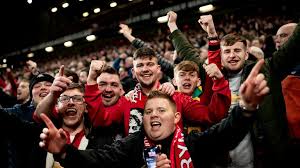 The passion for football is so strong especially when a team is winning or losing that moment matters because of the result which can make supporters to be in a good start or unhappy moment.

The experience of being a die hard fan matters a lot no matter the results whether good or bad still make a fan stick to his club and hope for a better results or record with faith and believe which is the love and passion for the game. Football which unites everyone together as one all over the world to me is nothing without fans because the love of the game is for the fans and the supporters.

The passion and love of football has gone viral to the extent that nothing makes one more happier especially when the team a fan is supporting is achieving results and this can make supporters more happier for the team they support.

The Beauty part of all this is that we may have friends supporting different teams or club which can bring up argument among them but all this is just for fun and also passionate fans have supporters not only among crowd and friends but also among families and close relatives as well. 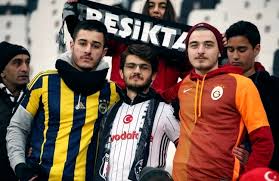 We all support one team or the other just to partake in the fun and the passion for game to share love among each other. Though we have various sports that unites everyone together to make the love go round because not everyone is a football fan but a sport lover.

Football supporters or sports lovers are not just been a fan but a passionate one that requires living the inexperience and passion for it. It also does not require being a spectator but to be a participant in other to be part of it. 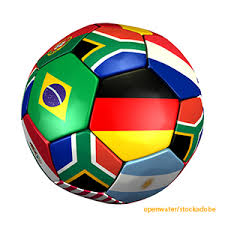 No matter the different countries we all are from with the passion, emotions, commitment and love, we all have for the game there's only one language the game understands among us which is football.

Football is a game use to showcase love around the world among fan and not divide nor create conflict rather it's unites us to be one.

Checked the first image and it is a Getty image. This is not allowed and why curation cannot happen. Be more careful and why many don't touch football as images are the toughest part of the post.