It has been official as new owner Muhammed bin Salman crown prince of Saudi Arabia takes over from Mike Ashley after is fourteen years tenure with the club. 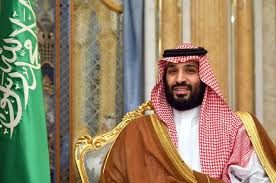 It is been said that the £300billion Saudi prince is now in charge of Newcastle United and the deal has finally been concluded as Newcastle are set to become a bigger and expensive club.

Information still in doubt the amount of money that will be spent in club by the new owner but it's likely there would be £250 million to change things in the club for a new beginning.

Saudi Arabia prince Muhammed bin Salman's Newcastle will be the latest richest team in the world of football after the takeover is been done by the Saudi Arabian with Public Investment fund worth a £320billion.

With this deal been done, what will be the future plan for Newscatle's manager Steve Bruce as the club is set to become the richest with changes willing to occur soon will he be replaced or still managed for the time being. This is really a good news for Newscatle fans around the world as they are presently the richest club in the world worth£320billiin followed by Manchester city owner Sheikh Mansour who sits second with £23.3billion.

Newscatle United who are presently in the relegation zone without a win this season with seven games played after three draws and four loss, will be expecting a sudden change by January as new signings will likely come up and so many other things that needs to be changed.

And European contenders or even champions