The premier league is back again with the excitement and drama ready to resume this weekend with all players returning back to their various club from international duties. This weekend action will see premier league clubs going head to head against each other in the league to continue from where they stopped. 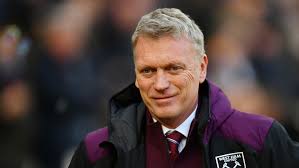 The big match that is quite interesting to me is the game between Everton and westham that would take place on Sunday with David Moyes returning to the toffees to play against his former club. Everton however, had shown brilliance under Rafael Benitez losing just one game and are currently two points behind premier league table toppers Chelsea who has 16points in the log.

With this record they are actually better off with one point than where they were at the same stage of last season under new Real Madrid manager Carlo Ancelotti, and they could actually extend that history against westham with another win at home with the fact that they have not won their opening four top flight home games since 1978.

But that would really be a strong task for them as they would face a stubborn westham side that are ready to put spoils anytime or surprises. Base on their previous head to head games, Everton have won more premier league games with 27 victories and have scored more goals in total of 87 against the East London team than they have than any other team in the competition's history.

Despite the record so far, that doesn’t bother the visitors in anyway from achieving results, although they have secured victories at Goodison Park in two of their last three encounter against them.

However, the hammers manager David Moyes might be a little bit concerned with the fact his side’s only two league defeats this season did happened in their last three matches but the away form still look impressive. If westham could avoid defeat against Everton will see them match a record set in 2009 of going seven straight premier league away games without a loss.

Everton's new signing Andros Townsend have been impressive this season having been directly involved in eight goals in all competitions for "merseyside blues'' with 5 goals and 3 assists for Everton. Michael Antonio however, have been impressive for his side with 6 goals and 4 assist in all competitions and would really be a strong task for Everton to handle with his ability to score anytime.

Nice post buddy, I am just observing to see how the weekend will wrap up.

It's going to be a tough one